Nidd United have played U18s football for over five years, originally in the Harrogate and District Girls League (League and Cup Winners) and now in the Yorkshire U18 Girls County League. We welcome girls of all abilities with a focus on player development and being as good as you can be. The Club gives local girls the opportunity to join together to play against teams like Bradford City, Leeds United and Scarborough Town, to name just a few!

If you would like to find out more about joining Nidd United Girls U18's please contact Mike on 07979682670 or email mikeandjanec@googlemail.com.

Nidd United was established in 2005 to provide the next stage in football development for children who play in the Nidderdale friendly league. Taking boys primarily from the Nidderdale villages of Ripley, Hampswthwaite & Birstwith and Scotton, the club is registered to play in the Harrogate & District Junior League from ages 11 (Year 7) upwards.

The Club is extremely proud to have recently received it's Charter Standard, a level of FA accreditation that is a mark of the clubs commitment to quality of training, children's safety and solid organisation. 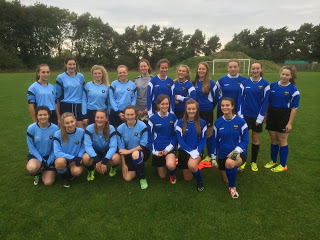 Player's Obligations to the Game

Make every effort to develop your sporting abilities.

Give maximum effort to strive for the best possible performance during a game, even if your team is in a position where the desired result has already been achieved.

Set a positive example for others, particularly younger players and supporters.

Avoid all forms of gamesmanship and time-wasting.

Always have regard for the best interests of the game.